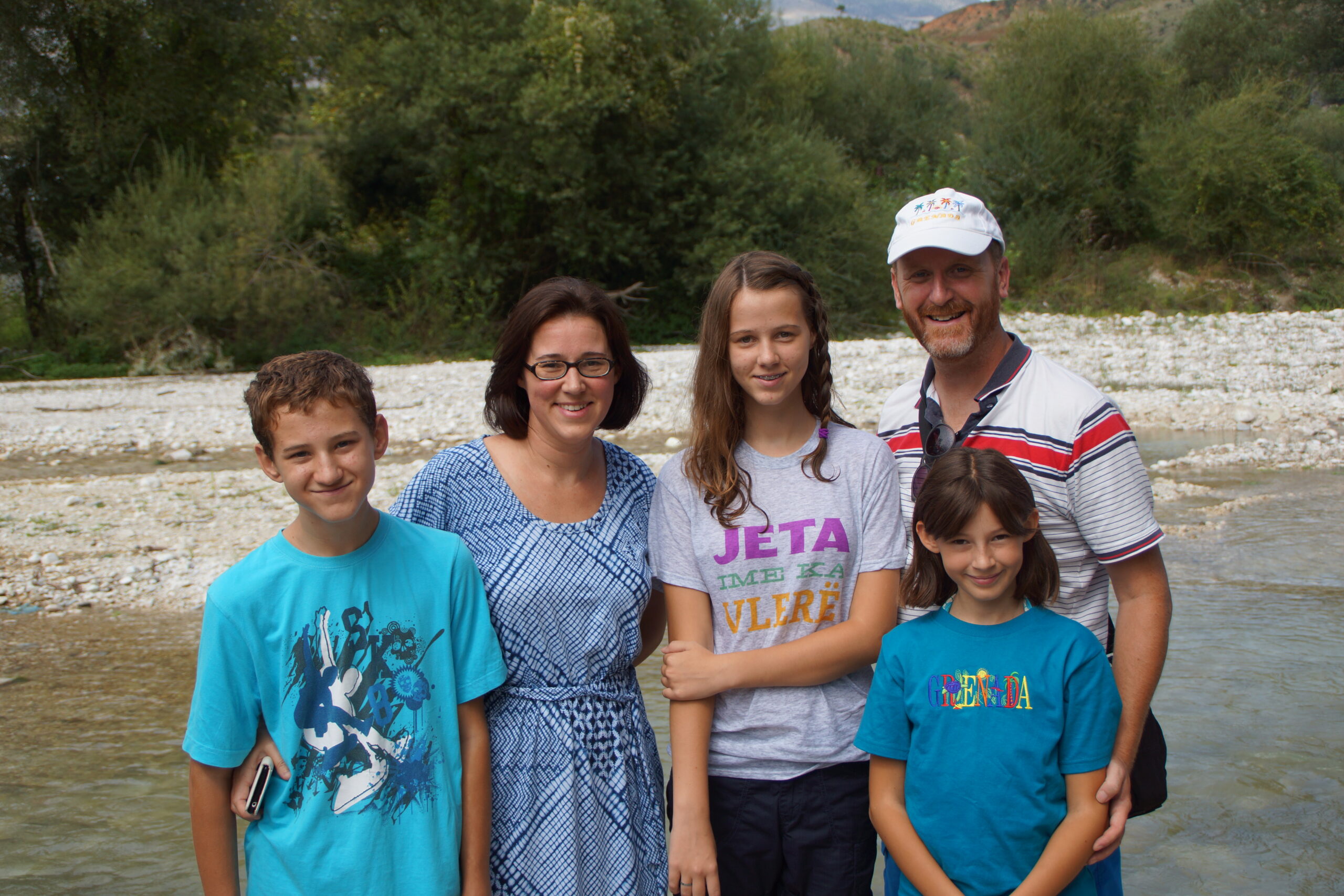 Shaun and Jen have been living in Albania since the 1990’s and their main focus has been on starting churches and running outreach where there is no Christian witness. They were based for many years in Gjirokaster, S.Albania, where Shaun was the founder of the church. In 2015 they moved to live in the capital city Tirana.  They have three children, Autumn Joy, George and Summer.

Shaun travels often to Gjirokaster as well as other towns in S. Albania to support the on-going work there.  This includes regular trips with Jen to Ballsh, where they started a new outreach five years ago.  They are both involved in running summer camp programs which have been going for nearly twenty years. Shaun is also involved in teaching and evangelism in local churches in Tirana, and writes an evangelistic newspaper which is used by numerous churches across the country. Jen also teaches choir at the Christian school and organises an annual Christian conference for women.

Albania was the last Communist country in Europe to open to the outside world in 1991.  It had gained notoriety for being one of the most closed countries to the gospel, but since the fall of Communism there has been a lot of freedom for Christian work. Most Albanians have a Moslem heritage, but this is largely nominal.

The Albanian economy completely collapsed following the fall of Communism and massive emigration took place towards the West, especially to Greece and Italy. Emigration continues to be the biggest challenge to the newly established churches, as local churches lose their young and talented members.

Shaun originally comes from Mansfield.  He became a missionary to Albania in 1992 at the age of 21.  He was brought up in the church but had no idea he would become a missionary until he attended his first missions prayer meeting.  His sending church is Holbrooks Evangelical in Coventry.

Jennifer was born in Grenada, West Indies, where her parents were missionaries.  Jen felt the Lord calling her into missions as a girl.  She studied French at University in the United States. Jen met Shaun in the UK and they married in 1999.  Jen’s home church is City Evangelical, Leeds.

Shaun and Jennifer produce a regular newsletter to keep family and friends informed.  If you would like to receive this newsletter, or get further information about their work, please write to them at their email address on contact their mission agency:

The mission grew largely out of the prayer meetings for Albania which began in England during the 1970’s. AEM was formed in 1986 with two aims: